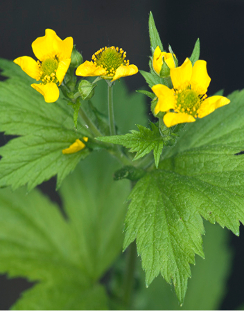 A perennial medicinal & culinary herb. The leaves are used in as a spice in soups, stews & flavouring beer. Used as a substitute for cloves with a hint of cinnamon. Reportedly herb Bennet has been used in UK & Europe since Roman times to treat inflammation, fever, as an antiseptic & to treat stomach & skin problems. Handles frost & a range of soils from alkaline to acid. 40 seeds.